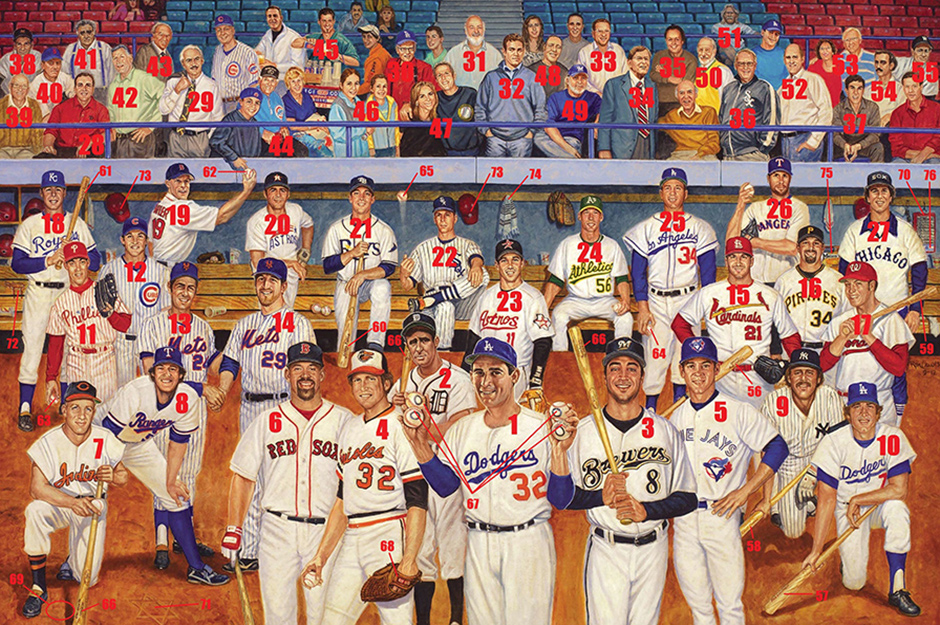 Legend of Players, Celebrities, and Symbols

Baseball Executives/Personalities In the Crowd (Left to Right)**

Other Significant Figures In The Crowd (Left to Right)

Various Symbols Contained in the Artwork

Jewish Symbols in the Artwork: